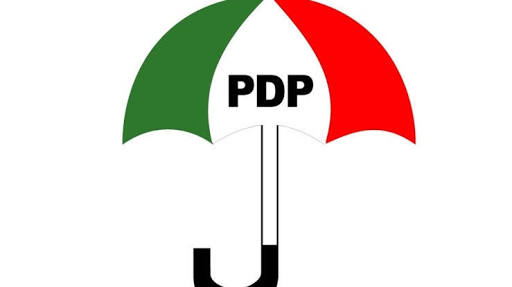 The Extended Party Executives of the People’s Democratic Party in Ikono Local Government Area has upheld the suspension of the Leader of the Legislative Council, Hon Samuel Udo.

In a letter issued on Thursday 29th May 2020, co-signed by the Ikono PDP Extended Exco and the Ward Chairmen in the area, the Exco expressed its dismay and displeasure at the Chapter Chairman’s autonomous press statement which misled the public concerning an earlier decision to suspend Hon. Udo for indulging in anti-activities.

It will be recalled that the Ward Executives had, on 21st May 2020, issued a communique suspending Hon. Udo in line with the provisions of Section 57(3) of the party’s constitution.
Actions leading up to his suspension included the fact that he was discovered to have conspired with the opposition party during the last election, an alliance which persisted with his inexplicable suspension of bonafide and loyal members of the party recently.

Following this constitutional action taken against him, only the lodgment of a formal appeal by Hon Udo, as provided for by the Constitution in Section 61(1), could prompt a nullification or reversal of his suspension.

The letter notes that the failure of Hon Udo to take this step only further gave credence to the claims against him, thus strengthening his suspension. This ultimately renders the purported press statement baseless and illegal.
It further advised the Chapter Chairman to desist from misleading the public but to consult widely before making conclusions.

The PDP party executives summarily maintained that the suspension of Hon Samuel Udo during which he is expected to refrain from holding forth or parade himself as a member of the PDP in Ikono, still stands, as it was legitimate having been decided in accordance with the provisions of the party’s constitution.