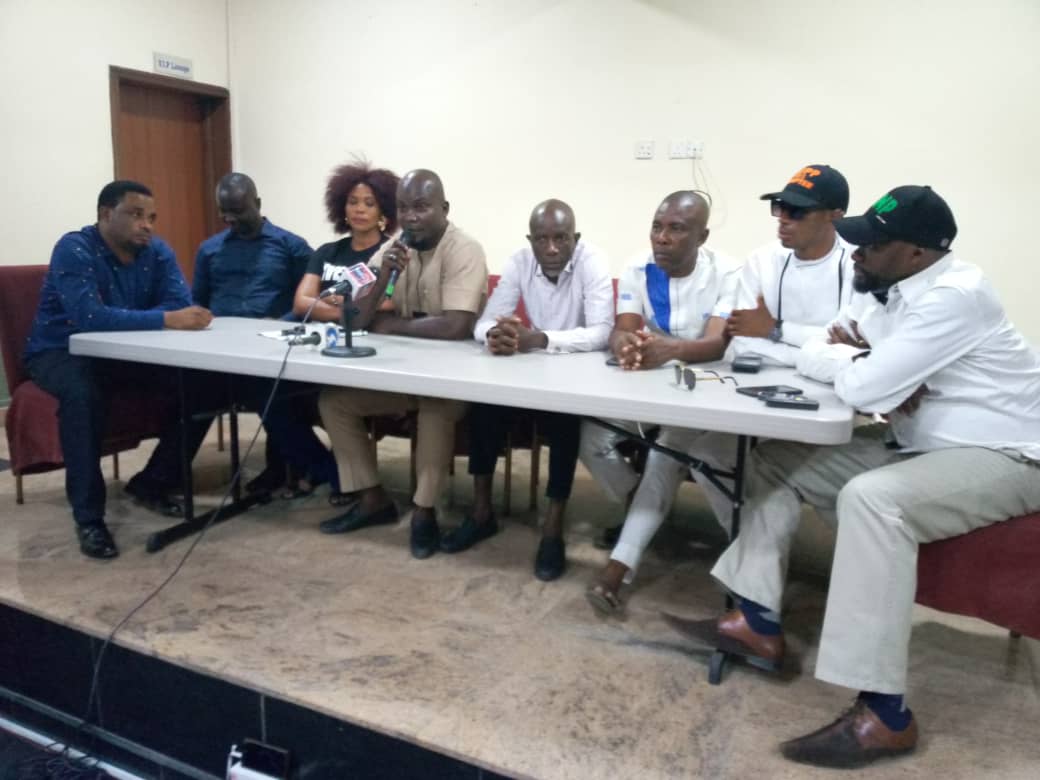 The Labour Party (LP), Accord (A), Alliance for Democracy (AD), and 47 other political parties in Akwa Ibom State have unanimously commended the INEC Resident Electoral Commissioner (REC), Mike Igini, for his sterling role in the just concluded credible and people-centric elections in the state.

A press statement issued by the state Inter-Party Advisory Council (IPAC) and collectively signed by representatives of the various political parties, stated that Mike Igini deserves praises and commendations from Nigerians for refusing to be compromised but stood his grounds on what was right and noble, as well as refused to bow to the blackmails aimed at attacking his character and integrity, especially from the opposition All Progressives Congress (APC).

The political parties, including Humanity Opportunity Prosperity Equality (HOPE), Change Advocacy Party (CAP), Action Democratic Party (ADP), Action Peoples Party (APP), Advanced Allied Party (AAP), and Advanced Congress of Democrats (ACD), among others stated that the Presidential, National Assembly as well as the just concluded Governorship and State House of Assembly elections were peaceful in Akwa Ibom State, even though there were outright intimidations and harassments in some parts of the State by those who claimed to be agents of the security agencies, but the people refused to give in to the intimidations as they went out peacefully to exercise their franchise.

The press statement reads in part: “The election proved one fundamental point – the Peoples Democratic Party (PDP) had a commanding almost cult-like followership in Akwa Ibom State and the results announced are the true reflections of that deep sense of fidelity to the party by the people.

“We have read with dismay the concerted efforts by the opposition to attack and assail the integrity and character of the INEC REC in the State, Mr. Mike Igini and wish to use this opportunity to condemn in no uncertain terms the maliciously organised attacks on this noble and upstanding Nigerian patriot. Mike Igini deserves our praise and gratitude for standing up to what is right and ideal; he refused to be compromised and stood his grounds on doing only what was right and noble; he refused to kowtow to the fusillade of blackmail aimed at attacking his sterling character and integrity especially from the APC. Mike Igini deserves the praise and commendations of Nigerians. INEC should be proud of the likes of Mike Igini.

“Democracy is about the supreme will of the people, it is not an exercise that is conducted under duress or through the nozzle of the gun or the sharp edges of the bayonet. Akwa Ibom people rose in unison across the three senatorial districts and told the world loud and clear that in the God of Udom Emmanuel, they trust. The results of the elections are the true reflection of the wishes of the people.

“While one political party, the APC, out of over 60 political parties operating in Akwa Ibom State, relied more on the aid of security agencies which they had termed ‘Federal Might’, the PDP was entrenched within the grassroots and when the time came, they rose in unison and voted for the party, and went ahead to defend their mandate.

“One indisputable lesson in the just concluded elections in Akwa Ibom State is the majesty of God in the affairs of man and of course, the unflappable will of the people to determine who rules them.

“We feel proud that in our lifetime, credible and people-centric elections could and were held and the voices of the people and their votes mattered. They starred intimidations and harassments the face and said “we will not surrender OUR
WILL to freely elect our leaders. The people have spoken and their will as expressed in Udom Emmanuel should be respected.”

Akwa Ibom REC: Politicians invited me to a meeting abroad but I said no

THE MANY LIES OF SIR BASSEY DAN – ABIA SNR