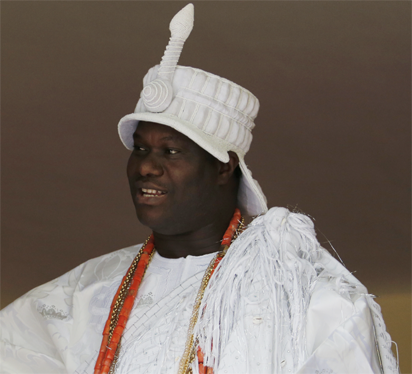 Governor Emmanuel was inducted into the prestigious Hall of Fame in Lagos after he was named the best performing governor in the country by Hall of Grace.

Justifying the decision to honour Governor Emmanuel, the Ooni said Udom has shown good leadership to the people of Akwa Ibom State by delivering dividends of democracy to them.

The monarch said: “I have been following your giant strides, doggedness, tenacity and passion. I thank God for your life and all the good things you have been doing.
“I know that there is leadership challenge in the country, but good people like Governor Emmanuel need to be celebrated. He has done well and deserves praise.”

In his response, Governor Emmanuel said he was encouraged by the decision of Hall of Grace to recognise his effort in transforming Akwa Ibom State.

Emmanuel who was represented by the state Commissioner for Information, Charles Udoh, noted that the transformation going on in Akwa Ibom is the promise he made to the people of the state when he was elected as governor.