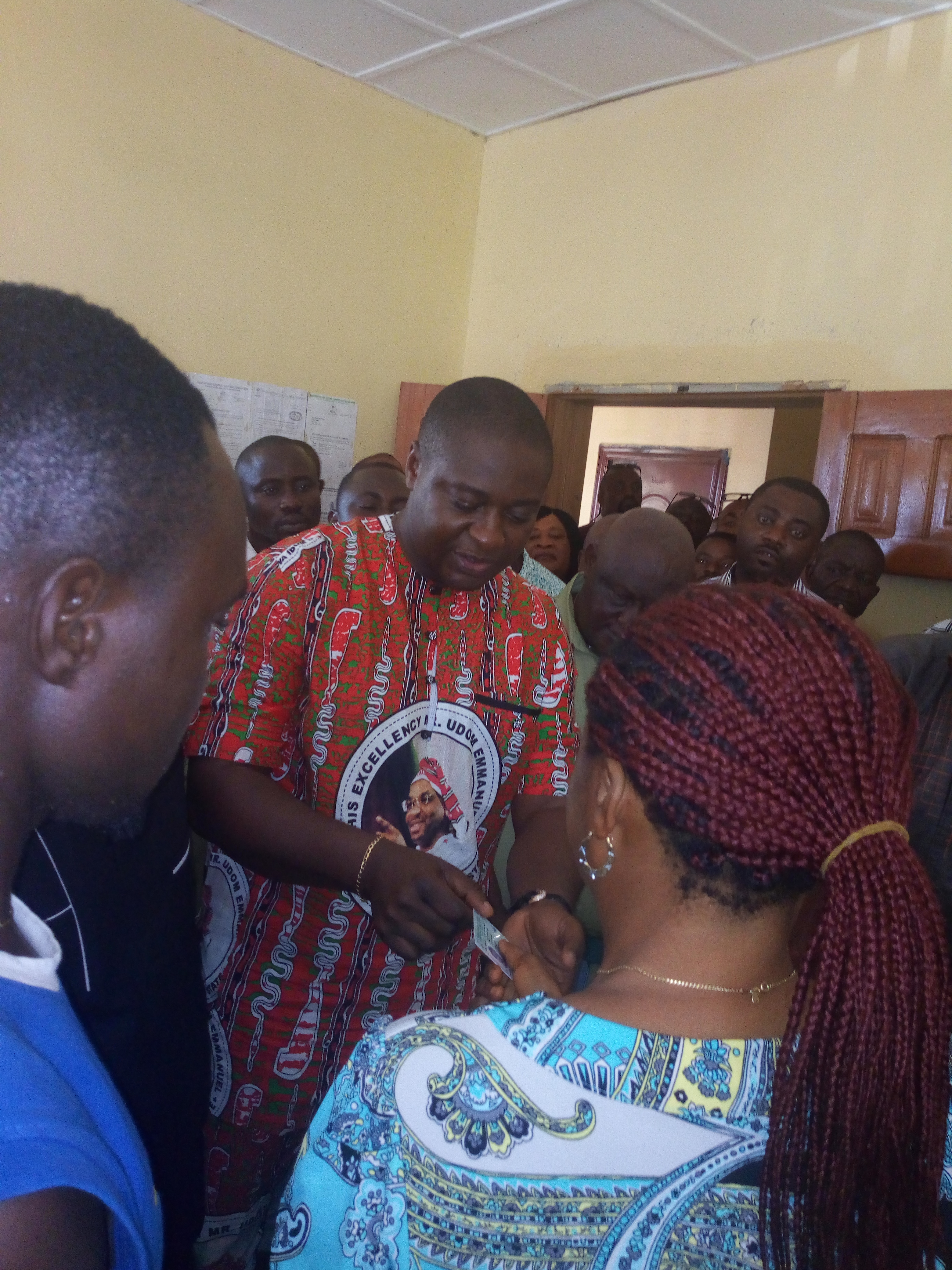 The Chairman made this known when he led members of his executive and the legislators to INEC office in Eket for the commencement of the awareness campaign for the collection of PVC’s that are ready.

Archibong, who is bent on ensuring that the increase in the numbers of registered voters, recorded after the massive sensitization of eligible voters last year is effectively put to use.

“If 6000 people are disenfranchised of their voter’s card in Eket, we’ve lost a reasonable number of voters in the upcoming election”. He said.

He said he has concluded plans to partner INEC to decentralize point of collections of the card, so that those in the rural areas are not burdened by long distances and avert collection.

Archibong urge all those who had registered to ensure that they throng into INEC office to collect their permanent voter’s card, so that good governance dispensed by Governor Emmanuel can be consolidated in 2019.

Reacting on the program, the AKISIEC chairman, Mr. Aniedi Ikoiwak, a former INEC Commissioner that hails from the Local government, who accompanied the Algon Chairman to the sensitization campaign said that the 6000 cards that are ready for collection are for those who had registered in the first phase of the ongoing PVC which was between Dec last year.

Ikoiwak stated that they had been four phases of registration since December, 2017, noting that since the 6000 cards are the ones for the first phase, subsequent registrations will be released as well.

He urged all those who had not registered or have not collected their PVC’s after registration to run to the INEC office and get registered or check if their cards are ready for collection.

One of the recipients of the Permanent Voters Card, Mrs. Bright Archibong, wife to the Eket Chairman, said she had registered in Ibesikpo but decided to transfer her registration to Eket.

She said since her card is now ready that everyone who either registered or transferred his or her registration should visit INEC office for checks if the PVC is ready.