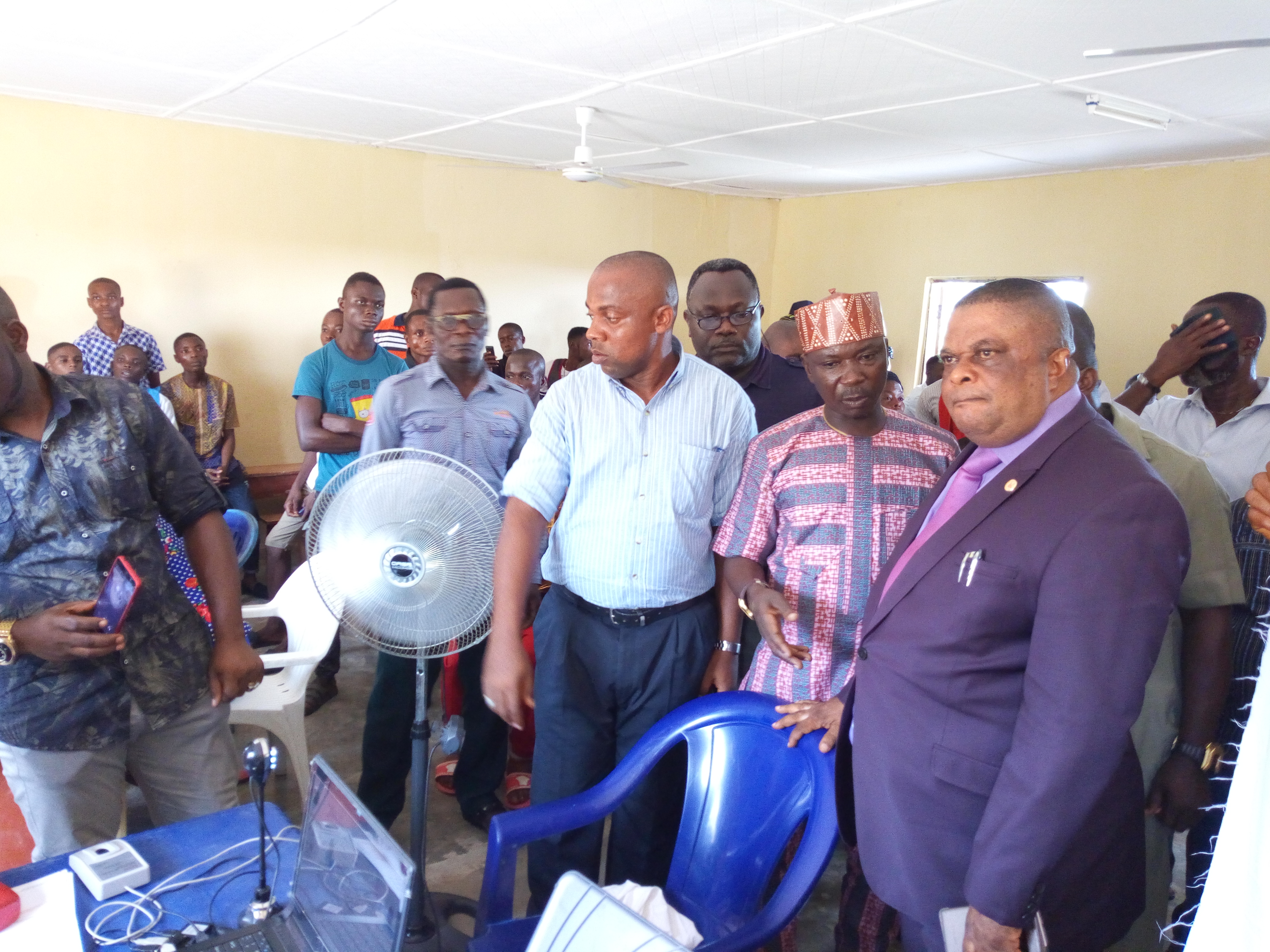 The scheme, meant to ascertain that everyone in the ward is an eligible voter will be the criteria set for the electorates to be a beneficiary of government’s benevolence.

Elder Umoh made this known during a surprise inspection visit to ascertain the turnout of eligible voters and the compliance of INEC officials in the ongoing voters registration exercise at Ongoing East ward 3 (his home town) in ONNA LGA, today.

He commended the team of INEC officials headed by the Electoral Officer, Idatonye Jamabo, for their dedication to the assigned duties of Continuous Voters Registration (CVR).

He however expressed his displeasure over the inability of INEC to have provided sufficient capturing machines to fastrack and ease the registration process.

Elder Umoh, who doubles as the political leader of Oniong East ward three, in Ikwe said the registration would have been faster and easier if additional machines was made available.

He appreciated the efforts of Ikwe people in defying the bad road to mobillise for the participation in the exercise, stating further that the exercise serves as a valid access of partnering for decisions making in government and governance.

The Ikwe political leader commended Governor Udom Emmanuel on his efforts in road infrastructure and industrialisation drive, adding that the landmark achievements recorded in the past years by the Udom’s administration is a boost to the people of Ikwe to reafirm their confidence and undeterred support on the mandate repose on him in 2015 for a continuity till 2023.

Addressing the crowd, he called on lawmakers at the National Assembly to legislate laws to enforce penalty on those encouraging under aged voters as reportedly ongoing in the northern states.

He querried INEC for complaining of having problems in limited machines, non availability of voters cards for issuance and man power in the south south whereas the reverse is the case in the northern states.

” if we are to have credible leaders base on credible election results; we should begin to act accordingly within the confines of the rule of law by discouraging under aged voters registration as we are doing here in Akwa Ibom State”. He said

Responding to the fate of Udom Emmanuel’s re-election, he said following track record of this administration, the outcome of 2019 gubernatorial election will be massive victory to the incumbent. He emphasised that voters card will become more important in the future. He urged the people to take the ongoing voters registration exercise as compulsory course that will be used as the paradigm in sustaining the envisaged developments in the State.

PIONEER WINNERS OF UDOM IN MY COMMUNITY PHOTO/VIDEO CONTEST EMERGES