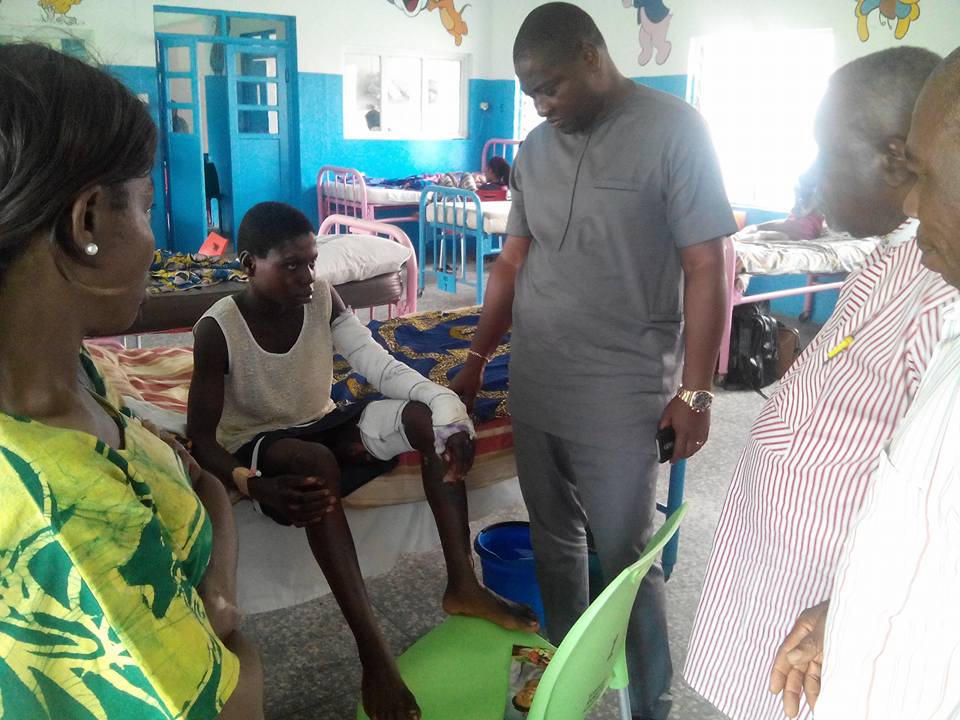 iReporters Crew.
The conception of local governments was targeted at decentralizing state government powers to the local citizens. It was birthed to bring the government closer to the people as an instrument for fostering socio-cultural development in the grassroots. This idea appeared to be quite dynamic and fragile due to the magnitude of core-electorate’s direct involvement and the usual political domination by the grown political class.
The Nigerian precept of local governments’ vis-à-vis the 1976 local government reform according to the Chief of staff, Supreme Headquarters, then Brigadier Shehu Musa Yaradua, from an in-depth view of local politicking stated interalia that “Local Government should do precisely what the word Government implies i.e. governing at the grassroots effectively by the elected.

The election as envisaged by Shehu Musa Yaradua (of blessed memory) was an apparent case of not just the display of popularity in the arena, but the possession of the other side of popularity, which harbors; pedigree, integrity, credibility, professionalism and humanitarianism.
The election was not devoid of unhealthy politicking; blackmail, character assassination, integrity mudslinging, wheeling of very influential government apparatus into the arena to persuade the outcome of the elections in their favour, etc. yet, the grassroots are the deciders who defines ones popularity in a compelling analogy.
It is obvious that in our political clime, only those who go through the right process of election deliver as promise, and those who through the back door goes in, owes the electorates no obligation. Thank God the Udom’s administration has cleared the air against impunity and imposition; meaning, everybody will go through the right process so they can owe the electorates an obligation.
Now, the Local Government election bell rings on Nov. 11, the electorates are looking beyond the conventional popularity to prempt the outcome of the grassroots elections.
In Eket, chairmanship aspirations spring from facebook, tweeter, instagram and many other social media platforms, alleging to have intent for the race. Some have forgotten their pedigree and societal misgivings. Some have forgotten that they were opportune to be successful as businessmen or in governmental circles, yet could not build a bridge for humanity. Most are not even known by the party, some begin with the least political apparatus that leads to failure; blackmail, misinformation as a mechanism to propagate their aspiration, but none of them have until now realized that the Chairmanship seat of Eket Local Government is still occupied and has no vacancy.
Eket People amongst other tribes appreciates good performance, capacity and distinct political leadership exhibition. They love those who have lived above their greed; who are not just willing to maneuver the people into surrendering their account details into their hands for self-enrichment. They are a people who have the gift-of-gap in distinguishing between persons vested with capacity and those that are inept.
Frank Archibong is not an unknown name in Eket political arena. Before his emergence as Transition Chairman, Frank was seen and read as a future vessel of honour to the Eket people. Apart from bagging a PGD in business management from the prestigious University of Uyo, he has dissipated his energy without a mandate of governance into life changing programs and capacity building on a personal basis; catering for the less privileged, resuscitating bewildered hopes and dreams, not to gain cheap popularity but to leave a positive scar in the lives of the people.
From that moment on, the clouds of grace that hovered over him descended, leading him to the fore of Eket leadership as Transition Chairman.
If I attempt to juxtapose Frank Archibong’s achievements as TC in a recessive economy; where the drop in LG allocations has decline to the lowest, with those who occupied same office in a time of the oil boom, the score card will not just leave critics sheathing their swords of criticism, but will applaud his benevolence and insatiable quest to leave Eket a better place.
Without further introduction of this man that has control over the grassroots in Eket, who can constitute an assemblage of thousands willing to say yes to whichever side he indicates interest in “even at midnight”, i will, within the context of this piece elaborate in clear terms that it is already UHURU for Frank Archibong, as he is compelled by the electorates to throw in his hat into the Eket Chairmanship race.

I will say Frank Archibong is popular; his popularity differs from WASHINGTON IRVING, Philip of Pokanoket’s perspective that convincingly stated “In civilized life, where the happiness, and indeed almost the existence, of man depend so much upon the opinion of his fellow-men, he is constantly acting a studied part. The bold and peculiar traits of native character are refined away or softened down by the levelling influence of what is termed good-breeding, and he practices so many petty deceptions and affects so many generous sentiments for the purposes of popularity that it is difficult to distinguish his real from his artificial character.”

Frank’s popularity is not harvested from the pretentious strategy of deception as exhibited by other contenders to the Chairmanship sit. As a well breed politician, he anticipates a terrain that is very familiar because through his political sojourn, he has built in humanity inerasable memorabilia that will be a guarantor to the people for the mandate he seeks.

Now that the center stage has been cleared by the Akwa Ibom State Independent Electoral Commission (AKISIEC) for diverse political gladiators with conceived leadership visions to throw in his/her popularity into the local government ring for assessment by the electorates, what side of popularity will the contenders dish out to the people to outweigh Frank Archibong’s coerced popularity in intelligence, leadership and grassroots affiliation in Eket political clime?
The fact remains lucid, that irrespective of the minutiae in the political arena, Eket people will never settle for mediocre as their Chairman, or will they slaughter posterity on the altar of greed and egocentricity.

I will rather be true to myself, even in the hazard of incurring others ridicule than be false and incur my abhorrence.

Legislative Leadership: The Sam Ikon’s perspective And The Need For A Second Term