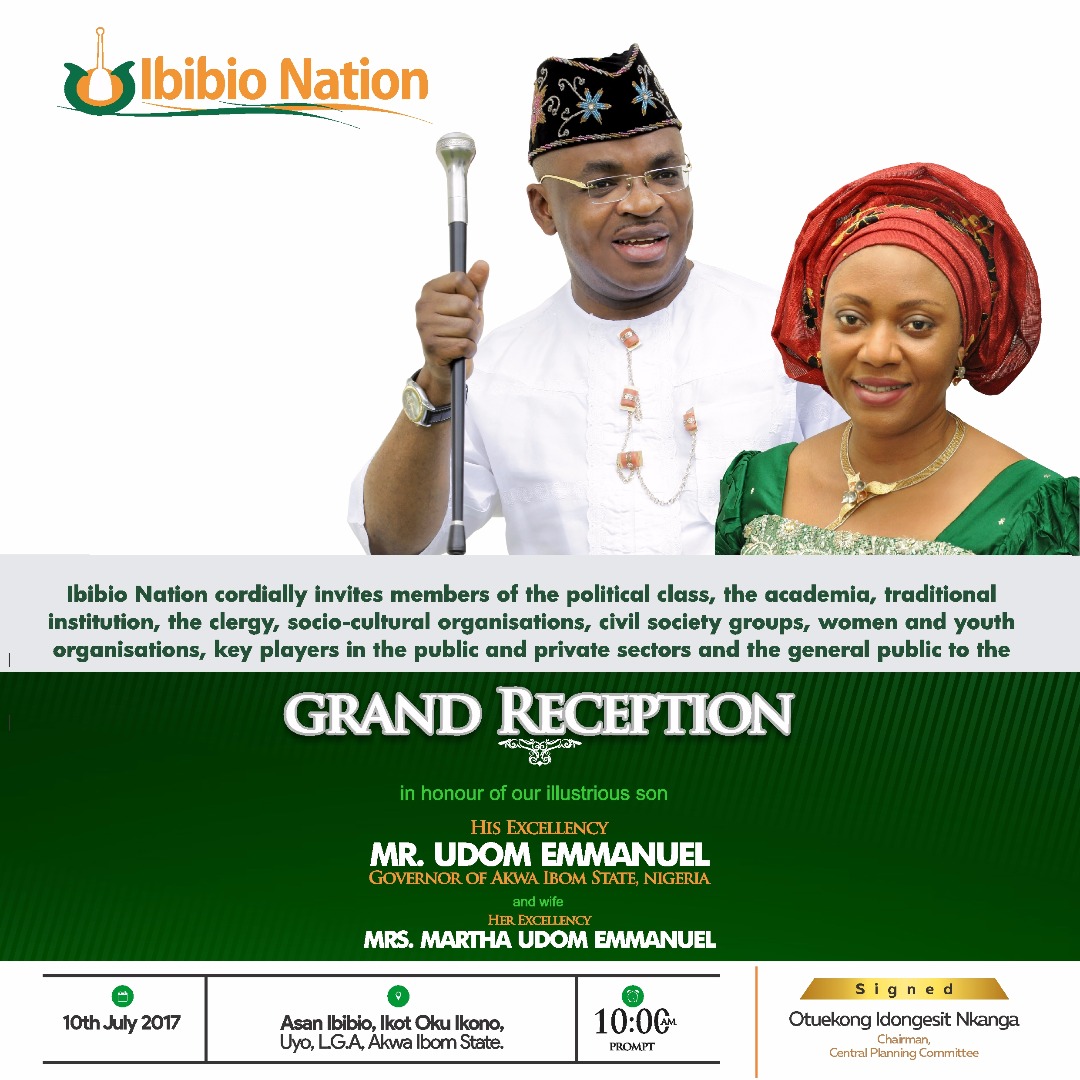 On Monday July 10, the Ibibio Nation, Nigeria’s 4th largest ethnic group, will roll out the drums to celebrate one of its own, the Governor of Akwa Ibom State, Mr Udom Emmanuel and his wife, Deaconess Martha Emmanuel.

The event, which is a grand reception for the State chief executive and the first lady, will hold at the ancestral Asan Ibibio grounds, Ikot Oku Ikono, in Uyo local government area.

According to the Chairman, Central Planning Committee and former Military Governor of Akwa Ibom State, Otuekong Idongesit Nkanga, the occasion is a further demonstration of the oneness of purpose of the Ibibio nation in support to an illustrious son who has discharged his duties meritoriously.

Nkanga said that despite challenging economic times, the governor has remained resolute in his pursuit of people-oriented governance and sustainable development in Akwa Ibom State after just 24months in office.

“Governor Emmanuel has brought to bear his wealth of knowledge and experience to keep the State’s economy afloat, with bold footprints in the industrial, agricultural and other sectors. Recall that the National Bureau of Statistics in its 2017 reports listed Akwa Ibom as the state that attracted the highest Foreign Direct Investment in Nigeria in 2016 after the commercial capital of Nigeria.”

According to Otuekong Nkanga, “the event is expected to bring together eminent Ibibio sons and daughters; friends and associates from within and outside Nigeria.

He enjoined all indigenes and residents of Akwa Ibom state to grace the occasion, as a show of solidarity with the Ibibio Nation and support for Governor Emmanuel, who has demonstrated dynamic and purposeful leadership.

A Note to A’Ibom Commissioner of Police, Mr. Donald Awunah